In the honor of surpassing 25K followers on Norton’s Mind, we’re giving our top fans the chance to win Wolven Industries goodies.  You could win one of the following:

… simply as a thank you to you for supporting me throughout my journey.

How Can You Enter The Giveaway And Win?

That’s quite simple – interact with posts on Norton’s Mind Facebook page by liking, reacting, commenting, and sharing. Based on how often we see you interact with our posts, we’re going to select one person at random each month.

It doesn’t have to be an elaborate long-form comment every time. It could be as simple as a Facebook like, but consistently. We simply want to see your name somewhere throughout the month, active.

Call Me An Uncle Tom. I Don’t Care

I began noticing that the majority of my potential clients look me up before they send me a job request. To be honest, I expect them to. Recently, even Facebook admins themselves doubted that I actually exist.

They blocked the advertising of Wolven Industries, thinking that our brand was a scam. However, they unblocked us in under 48 hours upon reviewing our credentials. I wish I could have been there physically to see the “SHIT!” expression on the admin’s face.

However, not everyone does their background check on me. Some simply assume I’m pro-black based on the color of my skin, and send me pro-black job requests.

I really don’t like such racial stereotyping. Just because I’m black, it doesn’t mean that I am against Western Civilization.

Stop racially stereotyping me assuming that I share the same inferiority complex as that collective. Some of us have the individual strength to just earn it on our own. In my case, there are three things:

Yet, with that in mind, something else is likely to occur in the future, and the other day, my wife brought it up.

She mentioned to me the inevitability of leftists boycotting my companies due to perceiving my posts as offensive as well as because of my past and my beliefs.

I responded to her, in so many words, “So what? Let them whine. Let them boycott. They would only have power over me if making the most amount of money is my goal. But that isn’t my goal, is it? Accomplishing my mission is, with whatever money I make along the way, being just simply an externality.”

There’s nothing they can really do, especially in the grand scheme of things and in the the eyes of history.

You Can Recover And Master Yourself

Initially, ignorant comments would anger me. But I am maturing. People absolutely can recover and master themselves, their pain, their scarring, and prevent it from passing on to the next generation.

Just because I’m scarred doesn’t mean I’m a terrible person or incapable of good. I’m always focused on keeping myself in check by looking at my own mind in a literary mirror, mastering my mind with not only stream-of-consciousness writing, but also my memory palace.

I progress one baby step at a time, and I focus on what matters most to me while giving less and less of a crap about the things and people who don’t.

Why It’s Cool To Have A Physicist For A Dad

As the entire house watches me build my at-home lab and engineering extensions one section at a time, my children are absolutely inspired and in awe.

My daughter is already talking about helping me build Wolven. I know she’s too young to do anything real, but as a father, I’m so moved. It seems I’ve really started something that may end up becoming bigger than I even imagined.

I recently bought Halloween projectors to project short, repeating movies onto our house windows and walls to make it look like our house is legitimately haunted. I’ve also planning to use crystals or forms of glass with drapes from the ceiling to create a Star Wars-style full 3D holographic experience in the future.

When my kids walk in when it’s ready, they’re going to have a magical time. If they get scared (which I hope they don’t) I’ll turn everything off and use that as an opportunity to give them both a really cool physics lesson about light and the electromagnetic spectrum in a way that would eradicate their fear through the power of understanding.

That’s for the technical knowledge, but the wisdom I want to bequeath to them is this: It’s natural to fear what you don’t understand; so, strive to be ever understanding.

I Could Be A Great Grammarly Mascot

I write stream-of-consciousness posts to master my mind, and I like keeping track of how my writing skill is developing.

My posts are the way that they are as a form of multitasking. I’m practicing the art of writing for what it is. I’m practicing Jack London’s and Hemingway’s styles of writing. Jack London inspired me with “White Fang.” The entire theme of White Fang is interwoven into Fighting for Redemption.

So, every single narratorial post of my life on Facebook is a genuine act of self-reflection; yet, it’s also an opportunity to practice my literary style, influenced by Hemingway. I try to tell a story with each narratorial post that tells more by what’s not being said than what actually is.

Writing publically helps immensely because people can see things about yourself that you can’t. And that constructive criticism helps you to become a better person, genuinely, inside.

As I write, I use an online tool called Grammary that catches any spelling or grammar mistakes I may miss as well as makes suggestions of how writing can be improved.

Then, on a weekly basis, I get e-mails summing up how I’m doing.

The stats above are for just the past two weeks, alone.

With these, I could make a great Grammarly mascot.

I’m getting some entrepreneurial online magazine requests, as well as some science journal requests.

I had an interview last weekend with a personal development company that I can’t wait to share with you guys.

A New Book In The Making

I started on a rant about my personal philosophy and realized I could turn that into a book as well.

That’s a wrap for now. Stay tuned for more updates.

Mike Norton is an American award-winning marketing strategist with a BA in Internet marketing from Full Sail University.

He’s also the CEO of Wolven Industries and OMI Firm, as a physicist studying part-time at the University of York. He is the bestselling independent author of Fighting for Redemption, and a veteran of the United States military who is a 7-time winner of the USS Dwight Eisenhower award for essays of world peace and respect. 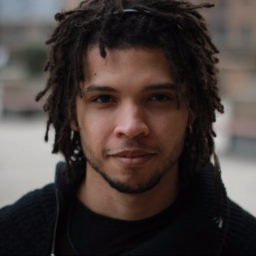 Mike Norton is an American award-winning marketing strategist with a BA in Internet marketing from Full Sail University. He's also the CEO of Wolven Industries and OMI Firm, as a physicist studying part-time at the University of York. He is the bestselling independent author of Fighting for Redemption, and a veteran of the United States military who is a 7-time winner of the USS Dwight Eisenhower award for essays of world peace and respect. As a mostly self-educated vagabond, he gains inspiration from a myriad of experiences wrought from the adventures of his nomadic lifestyle. He prolifically writes and journals where ever he goes in the world, from one country to the next. Follow him on LinkedIn, Facebook and Quora.

Our Plans Have Been Delayed, Yet Again

Increasing My Credit Score To The Legendary 850